I recently participated in the 2019 UK-China Library Forum, along with public library colleagues from across England and Scotland.  The conference, which took place in Chengdu in China, was part of a partnership between the British Library and the National Library of China. 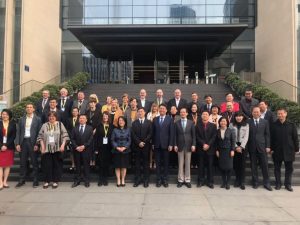 Public libraries who are part of the British Library’s Living Knowledge Network were invited to participate in the visit.  Library colleagues from Manchester, Liverpool, Birmingham, Sheffield, Leeds, Wakefield, Kirklees, Edinburgh and Suffolk attended, together with representatives from the British Library and Arts Council England’s Director of Libraries.

Here at Libraries Unlimited, we are proud to have been one of the first cohort of partners of the Living Knowledge Network, which facilitates links and partnerships across the UK’s major city libraries along with the national libraries of Scotland and Wales.

Over the two days of the Forum, we met with our opposite numbers from Chinese public libraries and were invited to share our respective experiences of innovation and service developments in several key areas:  Audience, Digital and Innovation, Staff and Place.

The Forum began with formal speeches from the British Library’s Chief Librarian Liz Jolly, Chen Ying, Deputy Director of the National Library of China and He Guanglun, Director of Sichuan Provincial Library. 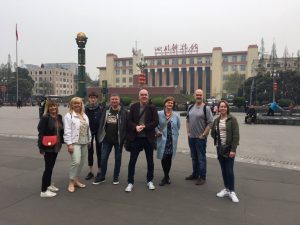 Hosted by the Sichuan Provincial Library, the Forum highlighted that: 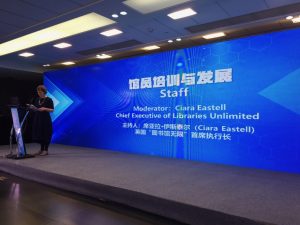 The Forum ended with an evening entitled ‘Shakespeare Connects:  Cultural Dialogues between the UK and China’ hosted by Chengdu Library.  Speakers included Tom Epps, Cultural Partnerships Manager at the Library of Birmingham, Sue Williamson from Arts Council England along with Chinese Shakespeare experts Lou Jiali from the British Council and Jiao Yang from Sichuan University.  To a sell out hall, speakers talked about the respective importance of Shakespeare to both UK and Chinese audiences.