Our patrons support the work that we do and they: 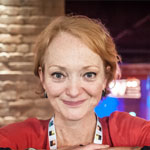 Stella Duffy is an award-winning writer with over 70 short stories, 14 plays written and devised, and 17 novels published in 15 languages. She worked in theatre for over 35 years as an actor, director, playwright, and facilitator. She is the co-founder of the Fun Palaces campaign supporting creative community connection. She was awarded the OBE for Services to the Arts in 2016. Stella is also a yoga teacher running workshops in Yoga For Writing and is currently training in Existential Psychotherapy towards a dream of combining psychotherapy, embodied practice and creative work.

"Libraries were a safe and vital place for me in childhood and adolescence. As an adult I know them as the core of community engagement and hubs of participation.

Libraries Unlimited has been at the forefront of genuine community connection since it was founded and I am very proud to support this work." 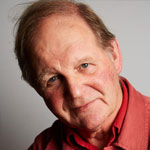 Michael Morpurgo has written over 130 books, including 'The Butterfly Lion', 'Kensuke’s Kingdom', 'Why the Whales Come', 'The Mozart Question', 'Shadow'. His book 'War Horse' was adapted as a hugely successful stage production by the National Theatre and then, in 2011, for a film directed by Steven Spielberg. Michael was awarded the OBE for his writing in 2006. His latest novels are 'Boy Giant' (HarperCollins), 'The Puffin Keeper' (Puffin) and the picture books ‘Owl and Pussycat’ (David Fickling Books) and 'Song of Gladness' (Macmillan).

In 1976, Michael and his wife, Clare, started the charity Farms for City Children. The charity runs three farms around the country, in Gloucestershire, Pembrokeshire and North Devon. Each farm offers children and teachers from urban primary schools the chance to live and work in the countryside for a week, and gain hands-on experience.