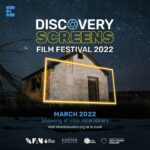 A chance to discover brilliant new films in the small-screen comfort of a local library is being offered by Libraries Unlimited.

Eleven libraries will be running the screenings, which include Oscar and BAFTA Award-winners, between Monday 28th February to Friday 25th March.

The Festival is organised by Evolve, through Libraries Unlimited, with support from BFI Film Audience Network, awarding funds from the National Lottery bringing more films to more people in more places. Evolve is funded by Arts Council England and Exeter City Council.

Programme Coordinator Zoe Buttling said: “The film festival includes a collection of exceptional, celebrated recent films. The screenings include a selection of British and international titles, with something for everyone; comedies, dramas and everything in between, from heart-warming to heart-breaking stories. It’s been really brilliant working together to offer communities the opportunity to view films in the comfort of their local library.”

Film lovers can choose between the following:

Another Round (12) 2020
Four teachers embark on an experiment where they each sustain a certain level of alcohol intoxication during their everyday life, and as a result their working experiences are turned upside down.

The Father (12) 2020
Featuring Olivia Colman and an Oscar winning performance from Anthony Hopkins, The Father shows Hopkin’s character trying to make sense of his changing circumstances in later life.

Minari (12A) 2020
A Korean-American family move to an Arkansas farm in search of their American Dream.

Nomadland (12) 2021
Following the economic collapse of a town in rural Nevada, Fern (played by Oscar winner Frances McDormand) packs her van and explores an unconventional life, forming unbreakable bonds with other nomads.

Pride (15) 2014
At the Gay Pride March of 1984 in London, a group of gay and lesbian activists decides to raise money to support the families of the striking miners.

Rocks (12) 2020
A young teenage girl finds herself struggling to take care of herself and her younger brother after being abandoned by their single mother.

Rose Plays Julie (15) 2021
A young woman seeks out her birth mother, inadvertently triggering a string of events which change both their lives.

Sound of Metal (15) 2020
When Itinerant punk-metal drummer Ruben (Riz Ahmed) begins to experience intermittent hearing loss, his bandmate and girlfriend check the recovering heroin addict into a secluded sober house for the deaf.

Sweetheart (15) 2021
A socially awkward, environmentally conscious teenager is dragged to a coastal holiday park by her painfully ‘normal’ family, where she becomes unexpectedly captivated by a lifeguard named Isla.

Each library has selected a great variety of films for their customers. Timings vary to suit the audiences with both daytime and evening showings across the county.

Tickets are £3 with £2 for young people and students. To book go to Discovery Screens Festival 2022 | Eventbrite.