Libraries Unlimited, the charity that runs Devon Libraries and Torbay Libraries, has appointed 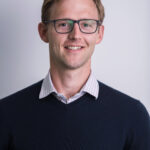 Professor William Harvey as Chair of the Board of trustees.

Will, who takes up the role with immediate effect, is Associate Dean of Research & Impact and Professor of Management at the University of Exeter Business School. He conducts research, teaches and consults in the areas of reputation, leadership, talent management and migration and has worked with pharmaceutical, healthcare, energy, local and national government, aviation and food organisations.

Libraries Unlimited, established in April 2016, runs 54 public libraries across Devon and Torbay, plus four mobile libraries and three prison libraries serving thousands of people each year. The charity was shortlisted for the Arts, Culture and Heritage category in the 2018 Charity Awards, has joined Arts Council England’s National Portfolio and this year was named one of Nesta’s 50 New Radicals.

Over the past two years, Will and his Business School colleagues have been involved in an Arts Council England funded research project, Unlimited Value, focused on understanding the social value of libraries. Working alongside the Real Ideas Organisation (RIO), Open Data Institute (ODI) Devon and staff at Libraries Unlimited, the team have explored the impact that libraries have on their communities and how this can be used to establish a bright and innovative future for libraries and other cultural organisations.

Professor Harvey said: “I am delighted and humbled to be taking on the role of Chair of Libraries Unlimited. I am excited to be working with an organisation and group of people who are pushing the boundaries of what libraries are for, how they serve different people, and how they can be most effective today and in the future. I am absolutely committed to understanding the needs of diverse groups, exploring best practice nationally and around the world, and to working with the team to identify exciting and innovative ways to provide a world-class library service.”

Ciara Eastell OBE, Chief Executive of Libraries Unlimited, said: “We’re really excited to have Will as Chair of our Board of trustees. Not only does he bring an extensive amount of knowledge and expertise, he also knows and understands libraries and the vital role they play within communities. It has been a great pleasure to work alongside Will on our Unlimited Value research project where we have explored how we can better understand, measure and increase the difference we are making to people’s lives. He is passionate about what we do, and we feel very lucky that he has committed himself to this position that will see him playing an important role in the future direction of libraries, both locally and nationally.”

Professor Harvey was selected by a Nominations Committee, led by independent trustee
Morgen Witzel. Morgen said: “The Nominations Committee scrutinised a number of high-quality candidates, but it was our unanimous view that Will Harvey was the right person to be Chair of Libraries Unlimited. He has all the qualities we were looking for; vision, leadership ability, excellent people skills, a clear understanding of our organisation and above all, a passion for and commitment to libraries and their role in the community.”

Libraries Unlimited is one of four library sector public sector mutuals operating across the UK. The charity was set up to secure the future of Devon’s libraries and to experiment and explore new models for delivering life-changing library services.

The charity currently employs around 350 staff that work in and support the 54 public libraries, four mobile libraries and three prison libraries across Devon and Torbay. Last year, Libraries Unlimited turned over £7.7 million, saw 2.7 million visits to libraries and loaned 1.8 million books. The charity is headed up by a Board of trustees, made up of staff trustees, community trustees and independent trustees who set the strategic vision of the organisation, in line with its charitable objectives.