Libraries Unlimited, the charity responsible for running Devon and Torbay libraries, has welcomed two new independent trustees to its Board. 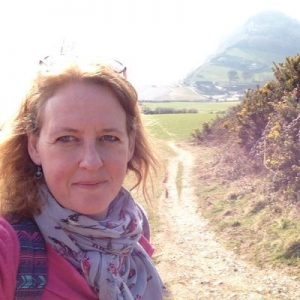 Sarah O’Brien, External Affairs Advisor at the National Trust and IT and publishing sector specialist George Lossius were appointed to the Board of trustees this month. They join a number of independent trustees as well as both staff and community trustees who set the strategic direction for Devon and Torbay libraries.

Sarah O’Brien has 12 years experience in leading external programmes, partnerships and campaigns across South West England. She works as a policy and advocacy professional for the National Trust, one of the UK’s largest charities and is passionate about access to history, nature and ideas. During her career she has worked with local and national governments, public sector agencies and charities, across a range of issues including economic growth, environment, access, and rural development.

Sarah said: “I’m really looking forward to getting to know the team at Libraries Unlimited and to playing a part in the way the charity moves forward. I am motivated by organisations that innovate to deliver public benefit and inspire their staff, volunteers and supporters around a common cause. Libraries Unlimited has a great reputation for delivering an innovative library service whilst remaining totally focussed on the positive impact that libraries have in improving people’s lives, so it’s the perfect fit for me.” 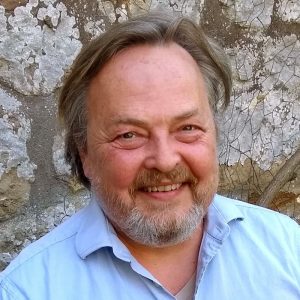 George Lossius has had a long and successful career in the publishing industry, having spent more than 30 years involved in the major ICT systems for publishers, publishing societies and associations both in the UK and abroad.  More recently he became a director of the public relations firm, Midas PR, working across the publishing and arts and heritage sectors, he is also a partner in the start-up of an artwork asset management system, arTag.

George has worked across the world and represented numerous organisations including the London Book Fair, the Book Industry Study Group (USA) and the China Book International Advisory Board. He was also named one of the top 100 most influential people in publishing by The Bookseller in 2012.

George said: “I am looking forward to supporting Libraries Unlimited and bringing my expertise to this brilliant organisation. Libraries provide a tremendous facility within their communities, and I hope to be able to help them achieve even more.”

Professor William Harvey, Chair of the Board of trustees of Libraries Unlimited said: “Throughout the first three years of Libraries Unlimited’s operation, it has become more and more apparent just how vital it is to have a diverse mix of trustees, each bringing their own vision and skills to help shape the future of our libraries and ensure we’re always providing the best possible service. I have no doubt that Sarah and George will bring valuable skills and experience to the Board. The trustees will be even more vital over the next few months as the team welcome new Chief Executive, Alex Kittow, in June of this year. I know that the trustees and staff across the county will give Sarah and George a warm welcome.”

Libraries Unlimited was founded in April 2016 following a spin-out from Devon County Council. The charity and social enterprise is now responsible for delivering Devon County Council’s statutory library service, consisting of 50 public libraries and four mobile libraries. In its three years of operation, the charity has also become the first public sector mutual to expand its reach by securing the contract to deliver Torbay Council’s library service, including four libraries across the Bay.