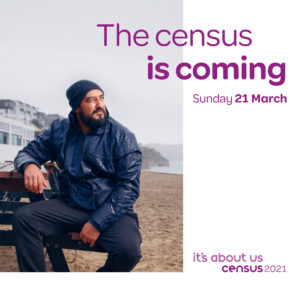 Libraries across Devon will be playing a central role with the 2021 census when it’s launched next month. See our timetable.

Twenty three libraries will be offering support to help people fill out the official forms during the census period 1st March to 4th May.

It will be the first census to be run predominantly online, with households receiving a letter in the first week of March with a unique access code, allowing them to complete the questionnaire on their computers, phones or tablets.

Staff at the libraries will be given special training and information to help answer questions and take people step by step through filling in the form.

Colin Bray, Service Development Manager, Health and Wellbeing from Libraries Unlimited said: “There is nowhere better placed at the heart of communities across Devon than libraries to help people in filling out these important census forms. Our staff have been given full training and all the information they need to help people. They’re ready to support Devon residents and help in this with this once-in-a-decade task.

“While we are in national lockdown people will be able to make an appointment for help over the phone. The government has updated the guidance and from Monday 15th March our libraries will be offering in computer access and support in person by appointment.  Contact one of our Census support libraries to arrange a telephone or in person appointment.”

The national (England and Wales only) target is for 75% of households to complete the census online without needing to leave their home.

An estimated 10% of households will automatically receive a print copy of the census copy to complete, and anyone can request a print copy.

Staff at the following Devon libraries will be given special training to help with the census:

The census has been run every 10 years since 1801 – with the exception of during wartime in 1941. It gives an accurate estimate of all the people in households in England and Wales, and is to plan and make decisions on funding and local services such as libraries, health and social care provision, transport, waste collection and education.

“A successful census will ensure everyone from local government to charities can put services and funding in the places where they are most needed,” said Iain Bell, deputy national statistician at the Office for National Statistics. “That’s why it is so important everyone takes part and we have made it easier for people to do so online on any device, with help and paper questionnaires for those that need them.”

The census will include questions about sex, age, work, health, education, household size and ethnicity. And, for the first time, there will be a question asking people whether they have served in the armed forces, as well as voluntary questions for those aged 16 and over on sexual orientation and gender identity.

Results will be available within 12 months, although personal records will be locked away for 100 years, kept safe for future generations.

If you wish to research the census historic records, you can access Ancestry Library Edition for free using your library membership.  Ancestry has thousands of sources of information and records to help research your family history including the collection of census records 1841 – 1911.  During lockdown free Ancestry home access is available through to 31st March.  Visit devonlibraries.org.uk for more information.

Libraries Unlimited, The Office for National Statistics and Devon County Council are hosting a Census Engagement event for the general public to explain more about census completion.

This event will be led by:

Join via Zoom – Click here for the Zoom link

Libraries Unlimited is the charity responsible for running Devon and Torbay Libraries.