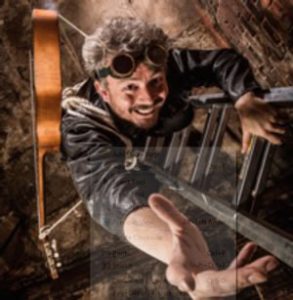 On 5th September, Exeter’s cultural venues will celebrate a new season of events taking place in the city. The Bike Shed Theatre, Exeter Cathedral, The Cygnet Theatre, Devon Libraries, Exeter Northcott Theatre, Exeter Phoenix and RAMM, will officially announce an exciting programme of events taking place between September and December at a launch party held at The Bike Shed Theatre.

This is the first time the city’s venues have collaborated on such an event and, to mark the occasion, they are opening the launch to the public. Anyone who wishes to find out about the range of cultural events happening in the city is invited, free-of charge, to the party.

From theatre productions to art exhibitions, concerts and festivals, events taking place in Exeter this season will give audiences the chance to enjoy work from home-grown talent alongside nationally recognised companies.

Renowned theatre company, Complicite will present A Pacifist’s Guide to the War on Cancer at Exeter Northcott Theatre; at RAMM, Kurt Jackson Revisiting Turner’s Tourism showcases the work of the celebrated South West artist alongside JMW Turner’s original prints of the westcountry; artists from across the globe exhibit as part of Exeter Contemporary Open at Exeter Phoenix whilst The Bike Shed Theatre will be transformed into secret bunker for their foot-stomping Christmas show Beneath the Blizzard.

The incredible Exeter Philharmonic Choir perform their ever-popular Christmas carol concert at Exeter Cathedral, The Cygnet Theatre present a gripping story of the miners’ strike in Undermined and two festivals will take place across the city: Active Life, Active Mind, encouraging positive health and wellbeing will promote events taking place in Devon Libraries; and extreme imagination, Exeter’s festival of writing and stories will host a huge range of fun events for young people at venues across the city during the October half-term.

Tickets are absolutely free but are subject to availability on a first-come-first served basis. They must be booked in advance via The Bike Shed Theatre’s website