Bampton Library has confirmed it will open the doors to its new library, based in the Library and Resource Centre in the Old Schoolroom, on Monday 20th March. 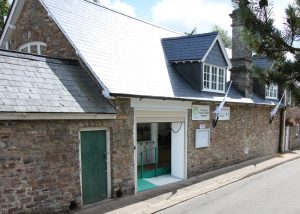 Libraries Unlimited, the charity responsible for the running of all Devon’s libraries, has also confirmed there will also be an official opening on the morning of Thursday 6th April from 10am, with all local residents’ welcome.

The Library will close temporarily on Thursday 16th and Saturday 18th March in order to allow for the relocation.

The current library is located in an 18th Century building in Newton Square. The relocation to the new building will provide capacity for extended opening hours and service provision.

Ciara Eastell, Chief Executive of Libraries Unlimited said: “We are really pleased to confirm that Bampton Library will be relocating in March, with the opening date set for Monday 20th March at 3.00pm. We would also like to invite the local community to the official opening on 6th April to celebrate the relocation of the library to its new and improved location.”

In 2015, the Library and Resource Centre Supporters (LARCS) was formed in order to raise funds for the refurbishment of the Old Schoolroom to house the library.  The group held numerous fundraising events as well as applying for a range of grants and funding bids. The final amount was raised in March last year through a grant from Power to Change, funded by Big Lottery, and work started on the building in April 2016.

Les Hartley, Chair of LARCS, said: “We are absolutely thrilled that we have an official opening date for the new library. It’s an exciting time for the residents of Bampton to see the new library become a reality.   We very much look forward to a successful partnership with Libraries Unlimited and the opportunities that lie ahead.”

As well as retaining all of its current facilities, including the loaning of a wide range of books, audiobooks, computer and internet access, the newly refurbished building will also provide a space for community events.

Bampton is the second community in Devon to benefit from a new library, with the recent relocation of Ottery St Mary Library which opened its doors for the first time on Saturday 25th February. Plans are also in place to relocate Chagford Library.