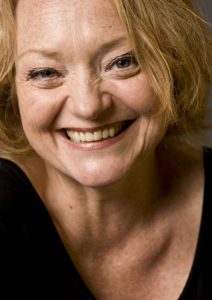 acclaimed authors, Michael Morpurgo and Stella Duffy, have been named as the first Patrons Libraries Unlimited.

The authors, both of whom have been awarded an OBE for services to literature and services to the arts respectively, will support Libraries Unlimited in its aim to promote and encourage a love of reading and enrich people’s lives with unlimited access to ideas, imagination, knowledge and creativity.

Michael, who has written more than 100 books and was awarded an OBE in 2006 for services to literature, spoke at the official launch of Libraries Unlimited in April 2016 and is a keen supporter of libraries and the role they play in encouraging children to develop a love of reading.

Stella, an advocate for equality and diversity, has written over sixty-five short stories, fourteen plays and fifteen novels. She has twice won the CWA Short Story Dagger and twice won Stonewall Writer of the Year. She is a writer and theatre-maker as well as the co-director of Fun Palaces, an international campaign championing greater access to arts, culture and science for all.

Fun Palaces, which took place over 7th and 8th, encourage communities to come together to celebrate arts and science. Eleven libraries across Devon took part in the national initiative, welcoming hundreds of visitors into libraries and hosting events such as Bollywood Dancing, chess classes, willow sculpting and laughter yoga.

Established in April 2016 and granted charitable status in October last year, Libraries Unlimited is a sector leading organisation, building a national reputation for implementing innovative approaches to delivering library services. The charity is responsible for running Devon’s public library service, Devon Libraries, consisting of 50 public libraries as well as four mobile libraries and three prison libraries. The charity has also gained support from Art Council England (ACE) for arts and cultural projects in North Devon and Torridge, and is set to roll-out high quality arts and cultural events and activities across the county as it becomes a National Portfolio Organisation next year.

Ciara Eastell, Chief Executive of Libraries Unlimited, said: “We are so pleased to have Michael and Stella working alongside us as our Patrons. As an ambassador for reading, writing and libraries, and one of England’s best loved authors, Michael will be a great asset to our organisation and our work. Stella’s Fun Palaces campaign already plays a huge role in encouraging new and returning visitors to libraries, bringing communities together to explore arts, science and culture and celebrating all cultures and backgrounds. We’ve got to know Stella well over the past couple of years as she has supported and encouraged our new organisation and we look forward to continuing our relationship with her this year, and for many years to come.

She continued: “Our aim is to inspire people of all ages, offer a welcoming space for people to socialise and learn, provide easy access to information and, perhaps most importantly, encourage a love of reading. Michael and Stella truly embody this with their talent and passion for literature and libraries, so we are confident that they will both play a vital role in helping us to inspire more people to head down to their local library to read, learn and enjoy. It’s fantastic to be able to announce this during Libraries Week, when we are working hard to showcase of all the creative, innovative and diverse activities that UK libraries have to offer. Michael and Stella really add to our offering and bring something special to Devon Libraries.”

Michael, who lives in Devon, received an OBE in 2006 for his services to literature and following his time as Children’s Laureate. He has also been awarded a number of prestigious awards for his literary work, including the Whitbread Children’s Book Award, Hampshire Book Award and Red House Children’s Book Award. An author, poet and playwright, he is best known for his children’s novels such as Private Peaceful, War Horse and Kensuke’s Kingdom. 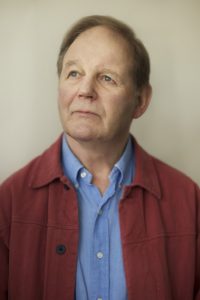 Michael said: “At a time when libraries across the country are facing significant challenges, the people of Devon are very lucky to have a forward thinking, innovative and ambitious charity such as Libraries Unlimited doing all it can to safeguard the future of public library services. I was honoured to be asked to be the first Patron for Libraries Unlimited and look forward to supporting the ongoing work of the organisation.”

Stella, who has written 15 novels including The Hidden Room and London Lies Beneath, 10 plays and over 60 short stories, is also a theatre director and performer. She co-founded the Fun Palaces initiative in 2014 with producer Sarah-Jane Rawlings and is a firm supporter of libraries in offering people of all ages and backgrounds access to a variety of resources, information and events. Stella is the guest speaker at Libraries Unlimited’s first AGM on 30th October.

Stella said: “We are very proud that 59% of 2016 Fun Palaces took place in libraries across the world. Libraries offer the perfect environment for community engagement, providing a welcoming space for people to share and learn new skills and ideas. I wouldn’t have become a writer without my childhood local library, and so I’m thrilled to be supporting Libraries Unlimited in their aim to increase library usage by encouraging people of all ages to enjoy the facilities on offer.”

Phil Gibby, Are Director, Arts Council England, said: “It’s wonderful news that these two acclaimed authors have been named as the first Patrons of Libraries Unlimited. Libraries play a broad role in our communities being trusted spaces that are free to enter and open to all. In them, people can explore and share reading, information, knowledge and culture. We look forward to welcoming Libraries Unlimited into our National Portfolio in April next year.”

As well as celebrations for Libraries Week, which include special book displays and ‘Teddy Bear Sleepovers’, Libraries Unlimited celebrated Fun Palaces over the weekend of 7th and 8th October.

Join the conversation this week #LibrariesWeek. 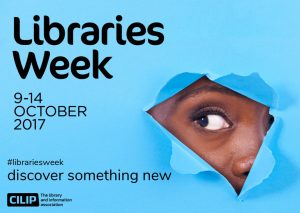